A man died after his hand got held among the doors of a metro train that was leaving the Park Street metro station in Kolkata on Saturday.

Around 6.40 pm, 66-year-old Sajal Kumar Kanjilal was boarding a crowded Kabi Subhash-bound train from the Park Street Metro station when the doors of the third compartment closed with his hand inside. The train dragged Kanjilal as it left for the next station, Maidan.

After driving for a few seconds, the train was brought to a halt. Its power supply switched off and the passengers were evacuated, a Metro Railway spokesperson said. 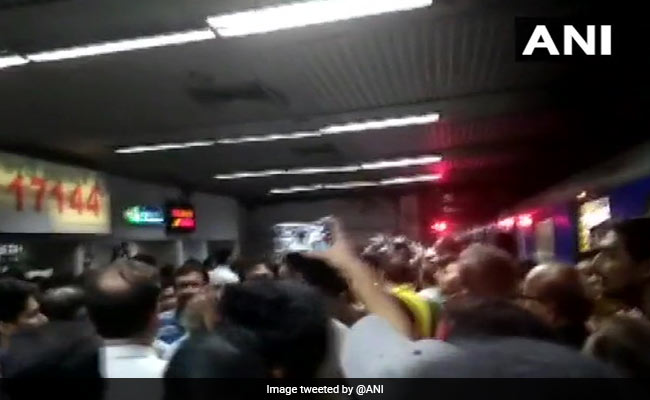 Kolkata Metro authorities have ordered a high-level inquiry into the incident.